To alert readers who detected a frisson of attraction between Carl Alden, the beleaguered transporter of DELIVER HER, and Iris Bailey, the White Mountain storekeeper who, with her husband Cam, comes to Carl’s aid when his teenage charge goes missing: you’re pretty perceptive.

In early iterations of the novel (then titled TRANSPORTED), Iris figured more prominently in the story. That original Iris was restless, discontent, bored with her small town existence and pining for her native New York. Carl’s appearance was a welcome diversion.

Alas, Iris and a few other characters, victims of editors’ red-lining, ultimately were toned down and/or relegated to minor roles in the final version, the flame between the unlikely couple extinguished.

But despite those revisions, a few allusions to the Iris-Carl chemistry must have remained. So, for those readers rooting for a little romance for the transporter, I thought it would be fun to go to the vault and retrieve an early (and wildly overwritten) scene between the two–publishing’s version of the cutting room floor. These pages happened so early in the process I apparently had not yet decided to tell the story from multiple points of view.

Keeping those disclaimers in mind, I’d love to know what you think of the originally conceived Carl and Iris. Are they a match made in heaven, or disaster waiting to happen? Might there have been a future for them?

The scrape of a branch against the studio’s glass roof jolted Iris back to the present. She ducked her head, anticipating the crash she was certain would follow, the tree poised to topple, but there was only silence. For the first time, she questioned the sanity of coming down here. Cam had cleared most of the trees around Mia’s studio, mindful of the vulnerability of the glass structure, but there were no guarantees.

It was probably nothing. The storm had heightened everything: sound, light, emotion. Beside her, Carl’s forehead shone with sweat. His bandage had come loose at one end, and he fiddled with it absentmindedly, making it worse.

Here was one thing I could do for him, Iris thought, turning and gently pulling his hand away. In those few seconds, their fingers intertwined, Carl fought the urge to grab Iris’s and bring them to his lips. Instead, he let her guide his hand to his side. “You’re making a mess of that,” she murmured. “Let me help you.” Leaning closer, she smoothed the edge of the bandage, pressing lightly on his temple to secure the adhesive, the heat of his skin scorching her fingertips.

“There. Better. You were very lucky.” Iris’s voice was a balm as they faced each other squarely, her hands stroking his temple, as though trying to erase the pain of the day. Her breath fell on his cheekbones like snowflakes.

Carl sat motionless under the gentle massage, eyes closed, as her hands, scented lavender, moved to his cheeks, never losing contact, taking his face in both hands. In tandem, they registered the other’s touch; comforted by it. For Iris’s part, she felt necessary, validated; no one had needed her like this in a while—certainly not Cam, and Mia only rarely, an adult now, bearing the consequences of her actions.

“Iris.” Carl’s voice was scratchy with fatigue. “I don’t want to take advantage here.” She stopped him, covering his mouth with her own, exploring its unfamiliar roughness. Granted permission, Carl joined more fully in the kiss. As Iris sank into his hold without protest, sleet drummed a warning on the tin roof. 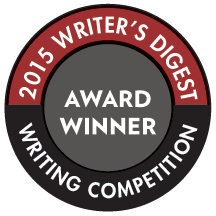