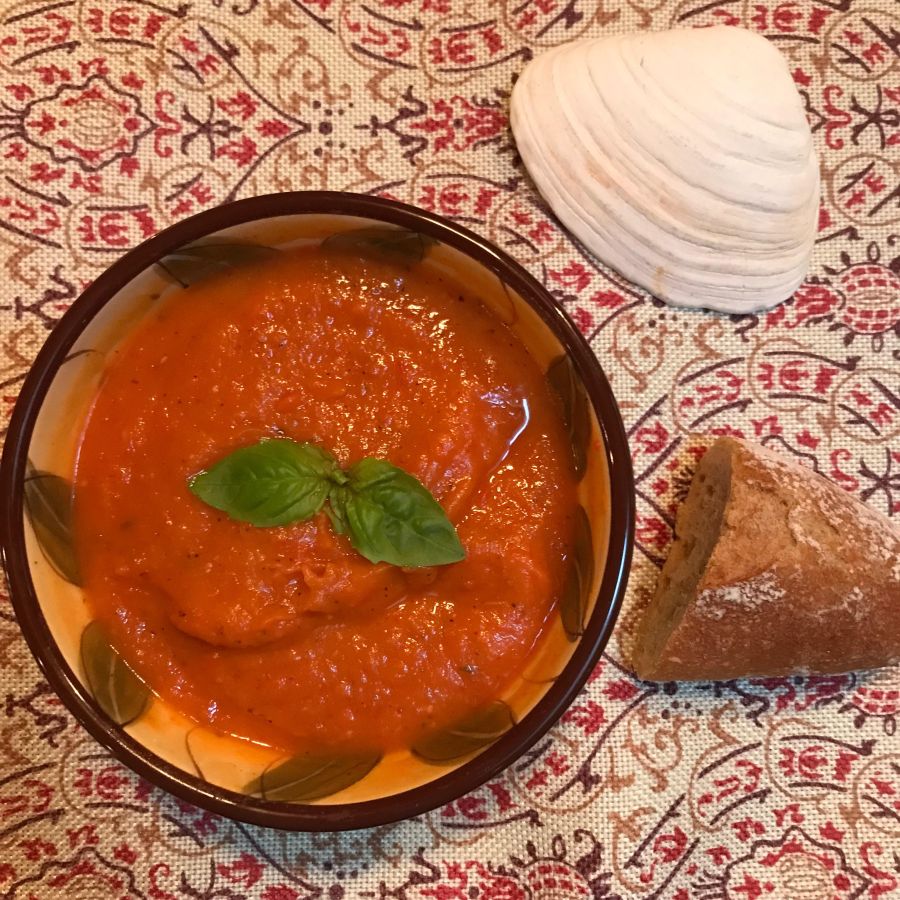 Many readers have noted that AT WAVE’S END overflows with food—more than 70 dishes prepared by two chefs between its covers. That’s because when Superstorm Sandy struck the East Coast five years ago today, the event that inspired this novel, cooking was my community’s visceral reaction. Those of us unscathed couldn’t magically rebuild hundreds of homes ruined by sand and ocean water, replace treasured possessions, or relieve financial woes.

We could, however, prepare simple food, and lots of it, so survivors and responders would have one less worry on their plates.

In recent weeks, we have witnessed this same reaction after deadly storms in Texas, Florida and Puerto Rico. Our town knows all too well the very long and tortured paths survivors of these disasters will tread.

Early on, a request went out in our town for soups. The November weather had turned sharply colder at the Jersey shore, and soups could easily be transported to the battered beachfront. Once the area was deemed safe, residents were allowed to salvage what they could of their flooded possessions while the National Guard patrolled to keep looters at bay.

Like many others, I responded to this call, preparing batches of hearty soups like pasta y fagiole and the hearty roasted vegetable soup featured in this post. It wasn’t much, but by cooking, we felt that we were at least meeting a basic need at a time when so many lives had been upended.

For the next few weeks, volunteers drove up and down the beachfront, ladling soup and serving sandwiches and baked goods from their cars. At the same time, several churches in town opened their doors and began serving breakfast and dinner. As post-storm recovery limped along, these meals offered structure for survivors, a chance to gather and compare notes on families, housing, insurance, government assistance, contractors. Functioning as daily support groups, these communal meals continued long after most had found at least temporary shelter and could conceivably cook for themselves. I plan to write a separate post about those special meals, and the volunteers behind them.

These ongoing contributions served as the inspiration for Faith’s actions in AT WAVE’S END in the aftermath of fictional Hurricane Nadine. Because food played such a crucial role in post-Sandy recovery and healing, I granted it equal billing in my book, allowing Faith and David, two chefs with wildly different styles, free rein in the kitchen of The Mermaid’s Purse. Each came to the inn after suffering the loss of a restaurant at Nadine’s hands. Their presence, along with the irrepressible Connie and a cast of unlikely boarders, transformed that rundown bed-and-breakfast into a shelter for storm survivors.

Now, as my beach town reluctantly bids farewell to an extra-long “Locals Summer,” I plan to share a number of dishes from AT WAVE’S END, starting with this Roasted Red Pepper and Sweet Potato Soup. This Donovan family favorite is the dish that launches Faith and David’s, shall we say, ‘collaboration,’ both in and out of the kitchen.

Prepare, enjoy and, most importantly, share this dish in good health—along with a crusty baguette, a crisp green salad and your heartiest red wine. (Note: David adds his own secret ingredient to this soup, but you’ll have to read the book to find out what it is!)

3. Roast in preheated oven for 45-60 minutes, rotating the baking sheets, until the vegetables are tender and golden brown, turning occasionally. Remove from the oven and let cool for several minutes.

4. Working in batches, puree vegetables with vegetable broth in blender or food processor until smooth. (You can add up to a cup of water for a thinner consistency.) Pour mixture into a large pot and bring to a boil; reduce heat and simmer 5 minutes. Season to taste with crushed red pepper, salt, and freshly ground black pepper. Serve warm.

(Adapted from ahintofhoney, which first adapted it from Canadian Living)

Order your copy of AT WAVE’S END.