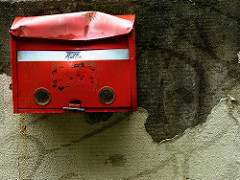 This time would be my last, I vowed each time I prepared for submission. But having feasted on the fruits, the aftertaste of hope lingered.

My habit started small. I told myself I wouldn’t pay for it, so I lurked in the shadows at first, stalking smaller sites where I could get it for free; where gratification was instant and the competition less fierce. But then there was that first payoff, a mere pittance at twenty dollars, and I was hooked. Craving a more intense return, I cast a wider net, convincing myself that ten or fifteen dollars was a reasonable price of admission to play with the big guys. After all, in those days, I was still coming out ahead.

Pouring over the weekly offerings, there was always one that wooed me: heat, distraction, chaos, taboos. I would seize upon it, make it my own. But before long, once a week wasn’t sufficient, and I went on the prowl–for more themed issues, writing prompts, contests. They didn’t ask much: 150, 500, 750 words. Surely something in my body of work could be adapted or repurposed, a rejected offering sized up or down according to the rules.

Then came the wild days of unsolicited submissions, my dashboard cataloging weeks and months of activity, acceptance, decline, withdrawal. A string of modest successes kept me going back for more: one, twice, sometimes three times in one day.

And then, a fallow period. Months passed without a Glimmer of hope. In search of answers, I discovered some sites had died a quiet death, my submissions suspended in literary limbo. It was time to take stock: How much more was I willing to risk; how many more words would I part with, and at what cost? I was loathe to admit it, but every flash, however fleeting, bled moments from the real work, the stuff that mattered.

Swearing my gambling days had drawn to a close, I resolutely ignored the notifications, ferociously attacking a neglected manuscript instead, self-medicating with King, Patchett, Strunk.

Today, I’m in a better place. But lest I be swayed by a seductive “Last Chance to Enter” subject line, I always remind myself: One word at a time.

4 thoughts on “Confessions of a Serial Submitter”